THE LAW OFFICE OF DAVID FRAKT

David took and passed the New Jersey bar immediately after law school in the summer of 1994, then started his career as an attorney by serving as a law clerk to the Honorable Monroe G. McKay, formerly the Chief Judge of the U.S. Court of Appeals for the Tenth Circuit.

During his clerkship, David received a commission in the U.S. Air Force Judge Advocate General’s Corps.  He entered active duty with the Air Force in September 1995.  David served nearly ten years on active duty, specializing in military justice.  He served as a military prosecutor and then as a military public defender.  David was stationed at Ramstein Air Base, Germany, Hill Air Force Base, Utah, Hickam Air Force Base, Hawaii, and Barksdale Air Force Base, Louisiana. In 2003, he was the recipient of the Younger Federal Lawyer Award from the Federal Bar Association.  In 2005, David transitioned into the Air Force Reserves and began a second career as a law professor, serving as Associate Professor and the Director of the Criminal Law Practice Center at Western State University College of Law, in Fullerton, California.   David later served as an Associate Professor at Barry University School of Law in Orlando, Florida, as a Visiting Professor at the University of Pittsburgh School of Law, as an Adjunct Professor at Georgetown Law Center, and as a Guest Clinical Instructor at Duke Law School.  David remained an exceptionally active member of the JAG Corps Reserve, averaging well over 120 days of duty per year, until his retirement in September 2018.  From 2005-10, he was assigned to the legal office at Edwards Air Force Base, California.  From 2010-2015, he was assigned to the legal office at MacDill Air Force Base, Florida.  He completed his career with an assignment to the legal office at Eglin Air Force Base, Florida.  As a reservist, David volunteered for several extended tours and deployments, including stints as Staff Judge Advocate and Deputy Staff Judge Advocate at Vandenberg Air Force Base, CA, Elmendorf Air Force Base, AK, Pope Army Air Field at Fort Bragg, NC (acting Staff Judge Advocate), and Mountain Home Air Force Base, ID (acting Staff Judge Advocate).  He is best known for his work as a military defense counsel.  From April 2008 to August 2009, David was assigned as lead defense counsel at the Office of the Chief Defense Counsel, Office of Military Commissions, Guantanamo Bay, Cuba. In this capacity, he represented two Guantanamo detainees facing war crimes and terrorism charges before the military commissions.  In the case of U.S. v. Mohammed Jawad, David became the first and only military lawyer to win the pretrial dismissal of all charges against a Guantanamo detainee, and secured the release and repatriation of his juvenile client through a successful habeas corpus petition in the U.S. District Court for the District of Columbia. David has also represented two servicemembers facing capital murder charges in General Courts-Martial.  In 2012-3, he served as a pro bono member of the defense team in for Army Sergeant John Russell in a successful effort to spare Sergeant Russell from the death penalty.  From July 2014 to May 2015, he also served on active duty as detailed lead counsel in the pretrial litigation phase of the multiple homicide capital murder case of Air Force Senior Airman Charles Wilson III, winning the dismissal of several charges and aggravating factors and litigating a successful motion to suppress.  David became a member of the Florida Bar in the spring of 2014 and entered private practice in 2015, focusing on criminal defense in Orlando, Florida and throughout central Florida. In 2019, he relocated his practice to Fleming Island, near Jacksonville in Clay County, Florida.

A renowned public speaker, David has been a frequent guest lecturer at leading law schools such as Harvard, Stanford, UCLA, Duke, and NYU, and other institutions including the Clinton School of Public Service and the Wharton School of Business.  He has also testified before Congress, briefed President Obama's transition team at the Pentagon in December 2009, and has served as a Rule of Law Consultant to the Organization for Security and Cooperation in Europe.

In recognition of his leadership on human rights and the rule of law and his outspoken stand against torture, David was named a Woodrow Wilson Visiting Fellow and honored by the ACLU in their "They Said No To Torture" public awareness campaign.

Read more about David on this Wikipedia Page! (note - David Frakt is not responsible for the content of the Wikipedia page) 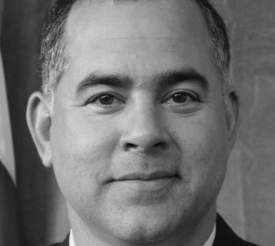 David graduated from University High School in Irvine, California, where he was a National Merit Scholar and Salutatorian of his high school class.

David is happily married to Mila, an MBA/CPA and has two children. David is an avid competitive tennis player and former high school tennis coach.

David's brother, Alex Frakt, is a noted financial advisor who owns and manages a popular personal investing advice website  and who is married to prominent Chicago immigration attorney Agata Gostynska-Frakt

David’s first cousin is health economist Austin Frakt, the creator of the popular website The Incidental Economist and a regular contributor to the New York Times' feature: The Upshot.